Following the restoration of peace & stability in 2009, the Sri Lankan tourism industry has experienced a boom, both in tourist arrivals, and in revenue earned. Tourist arrivals numbered 2.3mn in 2018, with revenue of US$4.3bn being earned. This is projected to double to 4mn and US$7.0 respectively by 2020. The sector provides employment to almost 400,000 workers, and this is expected to grow with the attraction of Foreign Direct Investment (FDI) through the Board of Investment (BOI), which has led to the establishment of international brands such as the Shangri-La Group (Hong Kong/ Singapore), the ITC Group (India), Movenpick Hotels & Resort Management (Switzerland), and Marriott International.

Sri Lanka has received international acclaim and recognition as a premier tourist destination, being ranked as the top country for travel in 2019 by Lonely Planet. Likewise, it was selected as the world’s best island to travel in 2019 by the ‘Travel and Leisure’ website, and in 2017 was ranked by Bloomberg as one of the 20 ‘hottest luxury tourism destinations.’ 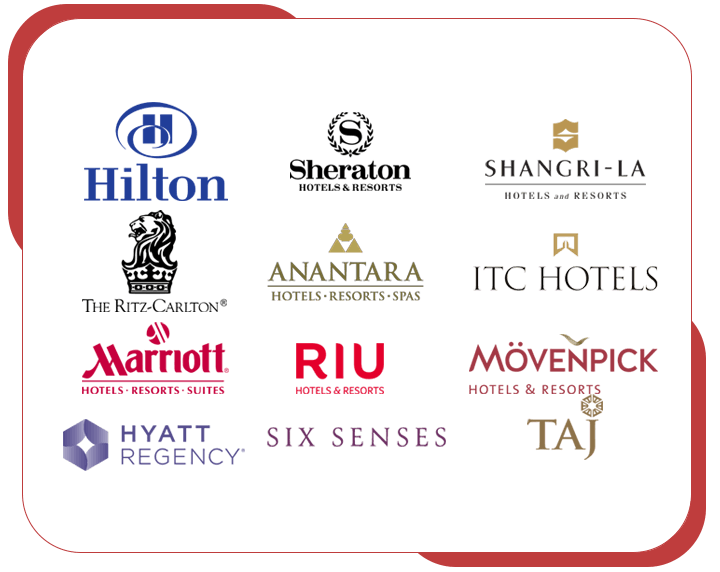 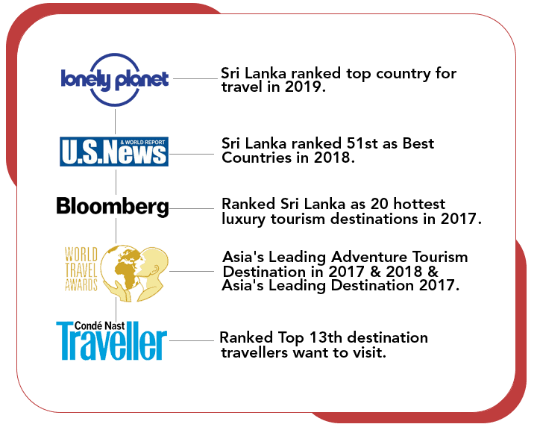 As the third-largest foreign exchange earner for the Sri Lankan economy, Tourism is central to the prosperity of the economy as a whole. In consideration of this, the government has introduced initiatives to facilitate investment and growth in Tourism. Destinations including Kuchchaveli in the Trincomalee District, Passikudah on the Eastern coast, and Kalpitiya on the north-western coast have been identified for development.

The ongoing expansion of the expressway network, with the opening of the Katunayake Expressway connecting the Bandaranaike International Airport to Colombo, and the construction of an expressway to the hill-capital of Kandy, promise to greatly reduce travel times for tourists. The opening of Sri Lanka’s second international airport in the southern Province,Hambantota District, and the proposed redevelopment of several domestic airports provides flexibility and convenience to tourists. Alongside the national carrier SriLankan Airlines, domestic airlines provide seaplane connections from Colombo to several destinations within the country.

Furthermore, as of August 1, 2019, the Sri Lankan government has waived visa fees for international tourists from 48 countries. Consequently, travellers applying for 30-day Tourist Visas are no longer required to pay for their Visas. Thus, as an increasingly popular, internationally acclaimed tourist destination, Sri Lanka offers exciting and lucrative opportunities for investors.

Wellness Tourism
As an integral part of Sri Lanka’s National Export Strategy, the concept of Wellness Tourism focuses on providing international travellers with services focusing on mental & physical wellbeing. Services including Ayurveda Resorts, Spas, and Yoga Retreats form the core of the industry. Favourable global trends have made wellbeing a tourism buzzword, with travellers increasingly seek hotels with health services and facilities. Although Wellness Tourism remains a new concept, and a nascent industry, Sri Lankan traditions of Ayurveda and traditional medicine provide the sector a unique advantage, and the potential for immense growth.
Potential areas for investment

Board of Investment, Sri Lanka